Did Diazien’s divorce attorney learn of plan to kill?

Julie McGuire relaxes outside of the 2nd Judicial District Court during a recess Thursday in the Linda Henning murder trial.

(Albuquerque) Prosecutors in the Linda Henning murder trial are now well on their way to calling more than 50 witnesses. Few will likely be as interesting as Julie McGuire who resumed testifying first thing Thursday morning.

It’s a safe bet that even the crew from Court TV became engrossed in her testimony regarding her bizarre relationship with Diazien Hossencofft and, ultimately, a connection to Henning.

McGuire explained how she met Hossencofft through an Internet dating service. She said he claimed to be a doctor and an expert on genetics. Ultimately, she bought into his story that he could keep her from aging with a mysterious anti-aging injection. She paid him $3,200 for it. “I’m a woman,” McGuire explained. “It was vanity.”
Julie McGuire relaxes outside of the 2nd Judicial District Court during a recess Thursday in the Linda Henning murder trial.
McGuire added that Hossencofft was quite skilled at administering the shot which she described as “painless.” However, she said she grew sceptical and told Hossencofft she didn’t want any more of the injections. Hossencofft, she said, had previously explained that she’d need 12 injections a year over a six year period for the mystery potion to finally stop her from aging.

The Aztec, New Mexico lodge owner revealed she later had tests conducted to determine what was actually in those injections. “Vitamin B-12,” McGuire blurted out from the witness stand, punctuating her response with laughter.

McGuire says she eventually concluded her cyberspace boyfriend was really a con man. Yet, she’d grown attached to his three-year-old child.
To put it succinctly, she said she felt a need to protect the child from Diazien. McGuire believes he abused the boy. “(The child), he didn’t like his father,” McGuire told the court.

Because of that concern for the child’s welfare, McGuire explained, she decided to maintain her relationship with the man she says claimed to be a doctor…who had declared that he’d created his son and other boys in a laboratory…a man who claimed the National Security Agency actually “owned” his son.

McGuire testified that by August of 1999 Diazien Hossencofft was trying to find someone to adopt his son. She said she knew a married couple in the Four Corners area that was seriously interested, but the couple eventually declined. She said she reached Diazien by telephone, telling him he’d have to come from Albuquerque to pick-up his son in Aztec. “He said, ‘Put the kid on a bus,'” McGuire told the court.

McGuire said Hossencofft arrived at her home on August 10th of 1999 to pick-up his son. She said that he wasn’t alone when he arrived. He testified Hossencofft was with a friend named “Bill”. She said she was struck that the child ran to Bill right away, adding it was apparent the boy knew Bill and liked him. McGuire said she later learned Bill’s last name is Miller (*note: a Grand Jury indicted Bill Miller on five counts of tampering with evidence in the Girly Chew Hossencofft case in early 2002).

McGuire said she did not know Hossencofft was married when she began dating him, but later learned he had a wife named Girly. She said he eventually confided that he planned to pay someone to have Girly murdered and bragged that no one would find the body.

“She (Girly) will never live to see a dime of that money,” is what McGuire alleges Hossencofft told her about a property settlement in his divorce proceedings. McGuire said she asked Hossencofft whether he’d revealed his murder plot to his divorce attorney, Felissa Garcia Kelley. McGuire told the court that Hossencofft claimed to have revealed the plot to Kelley, but that Kelley didn’t want to hear about it. McGuire said Hossencofft added, “She (Kelley) can’t stop me.”

Girly Chew Hossencofft disappeared on the evening of September 9, 1999.

McGuire said she decided to do a bit of detective work on October 2, 1999. She’d received her phone bill and, knowing that Diazien had called her on her 800 number when he revealed his murder plan in August, she checked her phone records. She said she found the number he’d dialled from and that she decided to call it. A woman answered. It was Linda Henning. And the phone number was for Henning’s home.
McGuire said Henning started talking about aliens on earth and advised McGuire to be careful. McGuire added that Henning told her the government was out to pin Girly’s disappearance on Diazien.

I did not attend Thursday’s afternoon session in court. After doing live reports on the Henning trial during the noon hour, my station (KOB-TV) reassigned me to a different story.So, I was not present for Thursday afternoon’s key testimony from State’s witnesses Bryan Fox (Girly’s divorce attorney), Ron Wilkin (Henning friend who observed bizarre behavior and statements from Henning at the Page One bookstore on the night of Sept. 9, 1999 (the night Girly disappeared) and Kari Wyeth (psuedonym for an elderly neighbor who lived across the street from Diazien Hossencofft’s home. In October of 1999, I posted a story on this web site about the unusual scene witnessed by Wyeth on the night of September 9, 1999. I did not mention Wyeth’s name at the time, as she was still very upset about the case and appeared frightened of Hossencofft). As I missed Thursday afternoon’s testimony (and am likely to miss more as I get assigned to other stories during this unusually long trial, I highly recommend that anyone seeking thorough coverage of this case supplement their reading with newspaper coverage. On Thursday, both Albuquerque papers had their reporters in the courtroom. Here are links to those papers: Albuquerque Journal 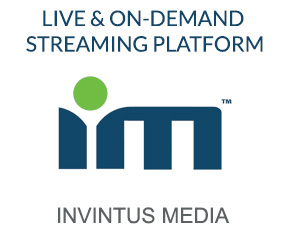