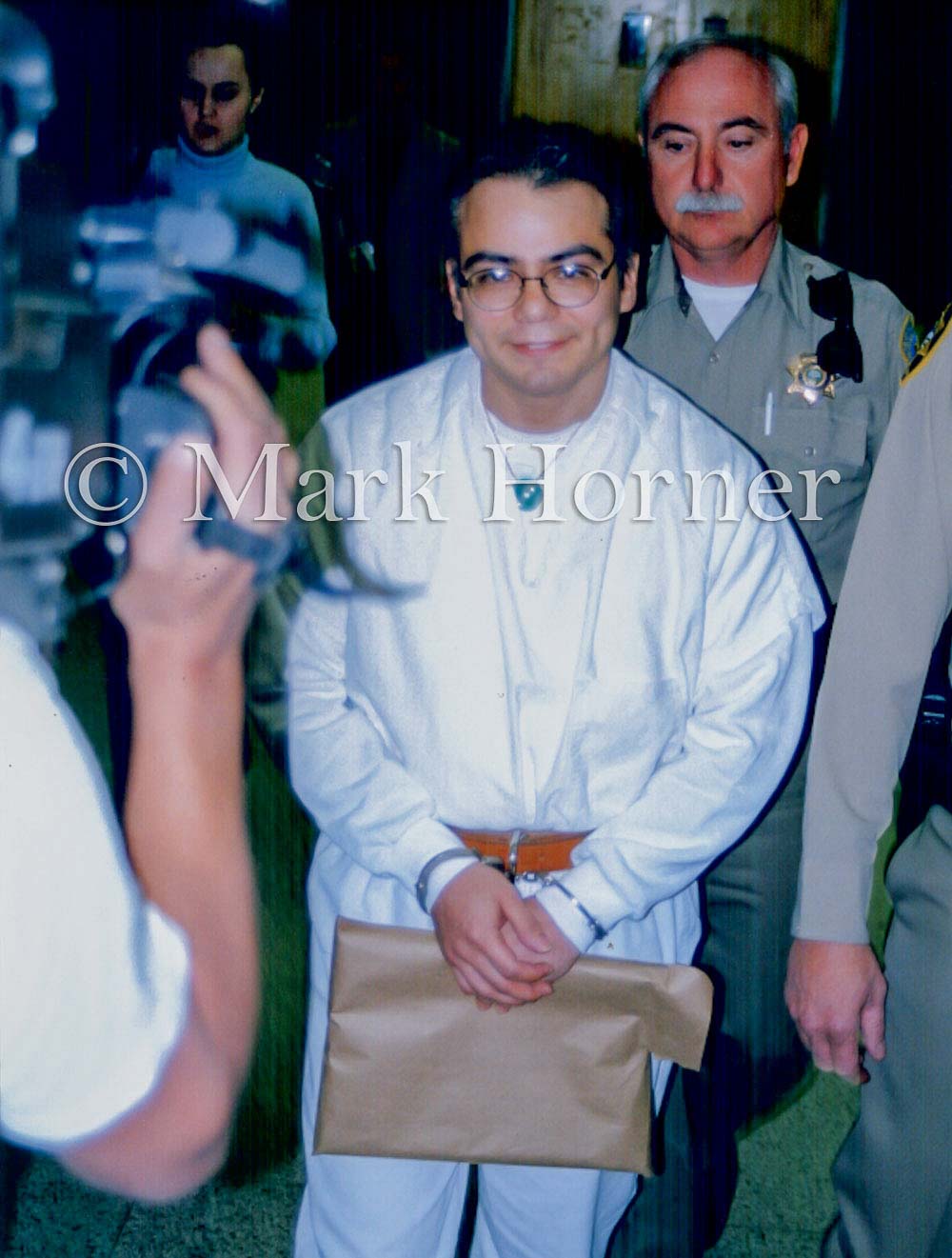 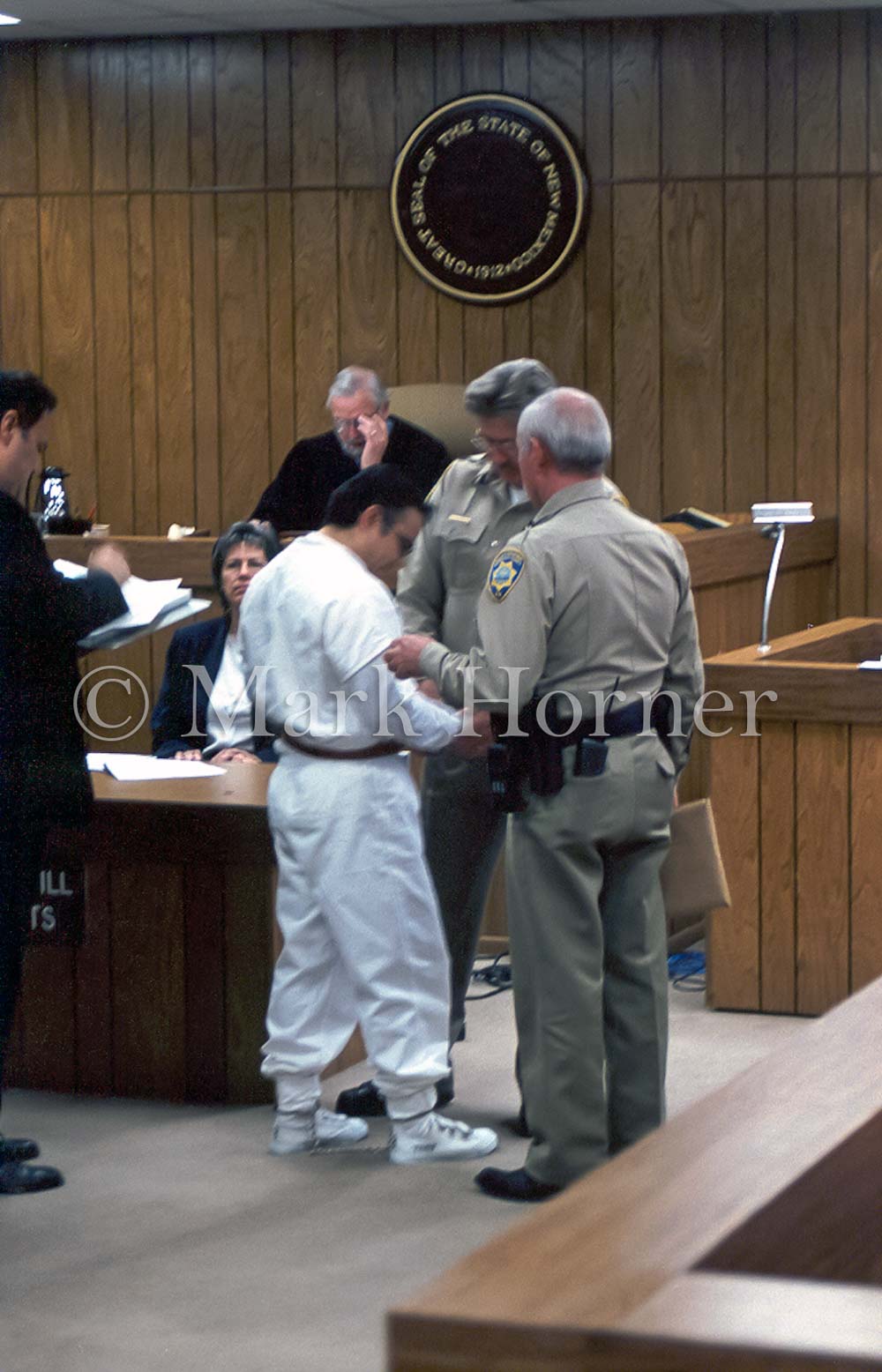 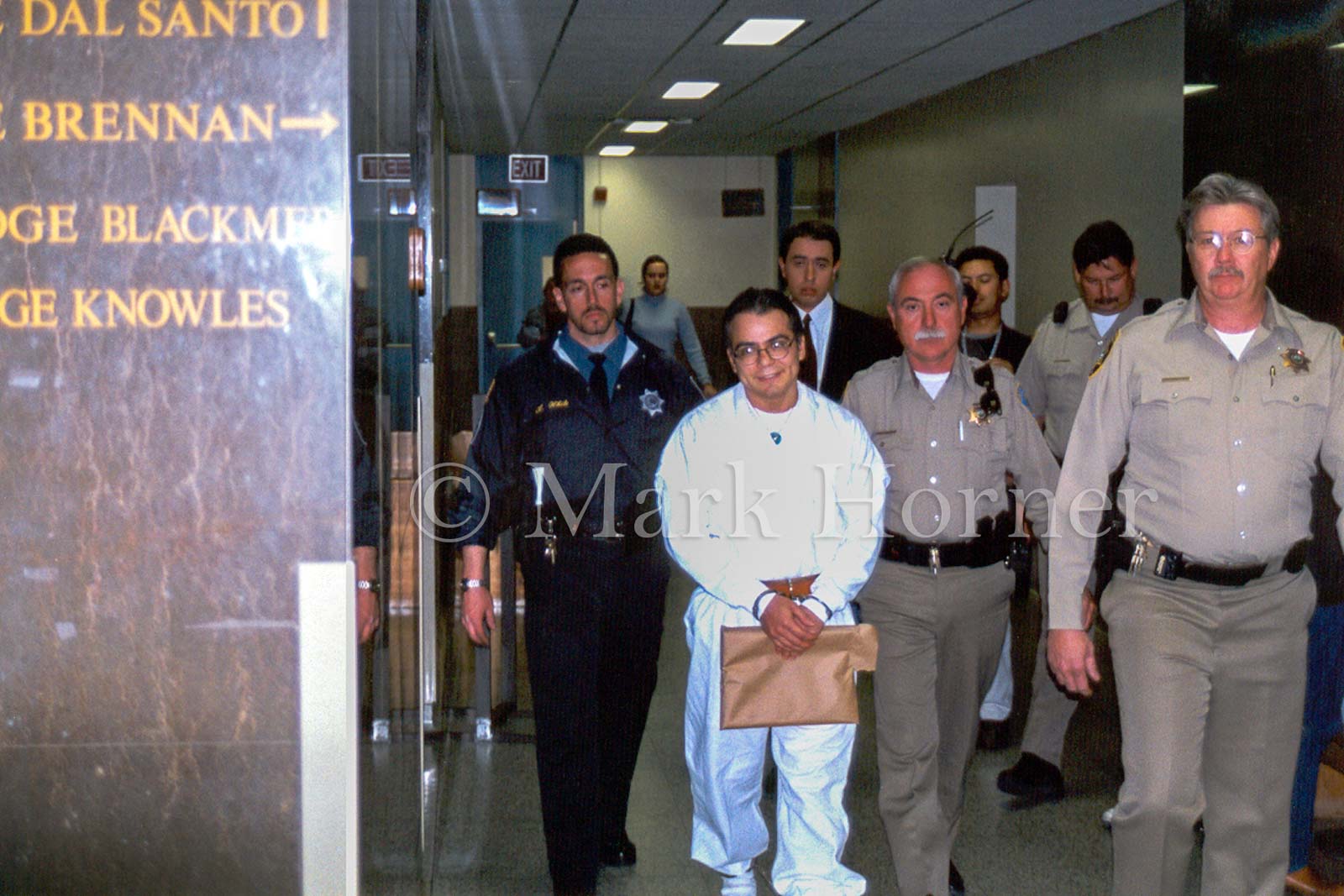 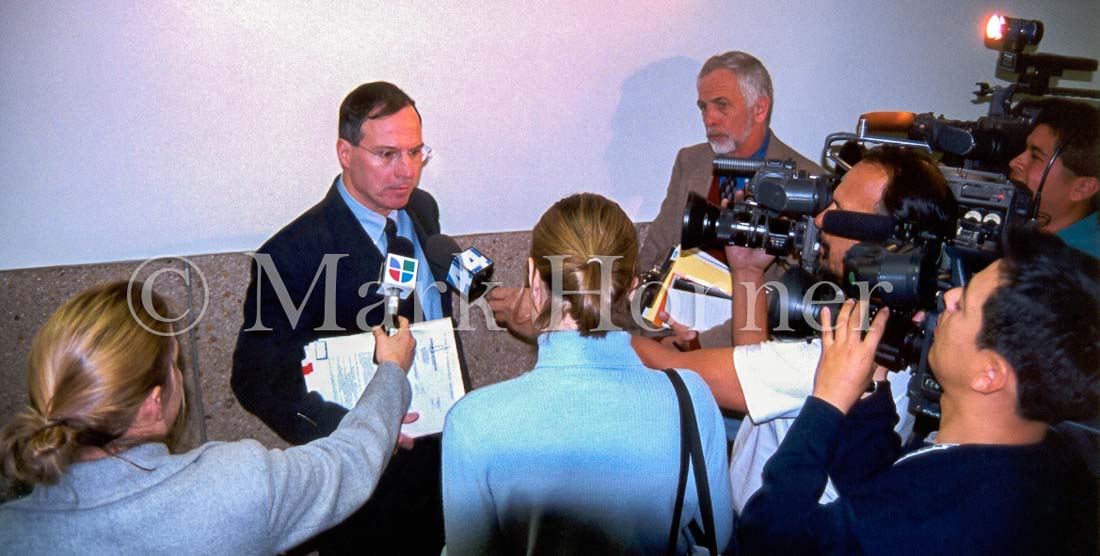 (Albuquerque) Four months after his arrest in South Carolina, Diazien Hossencofft appeared before a judge and pleaded not guilty to murder, kidnapping and more than twenty other charges filed against him in Bernalillo County District Court. Prosecutors and police believe he’s responsible for the September, 1999 disappearance and murder of his estranged wife, Girly Hossencofft. Ms. Hossencofft’s body has never been found.

Appearing before news cameras for the first time since his arrest, Mr. Hossencofft appeared very upbeat in court Friday morning. He winked at Deputy District Attorney Julie Altwies. “I thought it was revolting,” Altwies told this reporter minutes after Hossencofft’s arraignment.

Wearing handcuffs, and a white robe that stood out in direct contrast to the colored uniforms of nearby county inmates, the federal prisoner’s voice also made an impression on spectators. Seen “Man on the Moon”? If this case becomes a movie, Jim Carey may be a lock for the part. Andy Kaufman’s voice reminds one of Hossencofft’s. Many of Hossencofft’s remarks seemed peppered with a festive spirit, too.

As he walked through the hallway outside of court–destined for a law enforcement vehicle that would take him back to prison–Hossencofft told this reporter, “Come see me in prison some time.” When asked to facilitate that request, Hossencofft’s attorney, Ron Koch, declined to assist in arranging the meeting.

Mr. Koch did describe his client as very likable and added, that once you get to know the guy, it’s difficult to imagine that anyone could describe him as a violent person.

More information about this website’s transition can be read here.